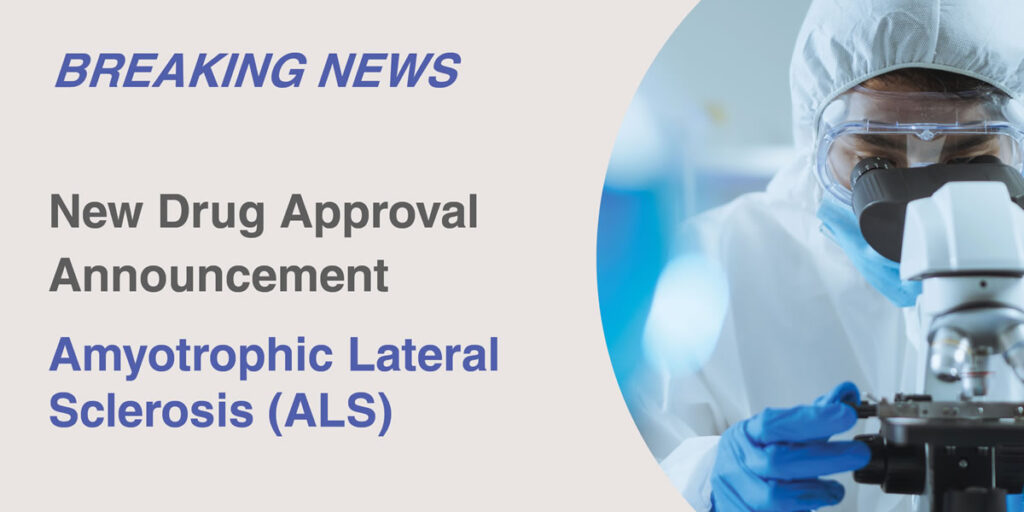 On Sept 29, the US Food and Drug Administration (FDA) granted approval of sodium phenylbutyrate/taurursodiol (Relyvrio) for the treatment of people with amyotrophic lateral sclerosis (ALS). To date, Relyvrio is the third drug approved in the United States (US) for the treatment of ALS. Relyvrio will be made available in the US and marketed by Amylyx Pharmaceuticals.

There is currently no cure for ALS and approved therapies have only modest effects on the course of disease progression for ALS patients. At present there are two drugs that come in different formulations that are approved by the FDA for the treatment of ALS.  In 1995, the glutamate blocker riluzole (Rilutek) was approved by the FDA for treatment of ALS and was shown to moderately increase life expectancy by three to six months. Two additional formulations of riluzole have also been approved to address problems associated with swallowing. Thickened riluzole (Tiglutik) was approved in 2018 and a riluzole oral film (Exservan) was approved in 2019. Finally, 22 years after the introduction of riluzole, the antioxidant drug edaravone (RADICAVA), requiring intravenous (IV) administration, was approved in 2017. In May 2022 the oral version of edaravone was approved.

“Receiving a diagnosis of ALS can be overwhelming, and any therapy with the potential to alter the course of disease progression offers hope for this devastating disease,” said Dr. Sharon Hesterlee, Chief Research Officer for the Muscular Dystrophy Association (MDA). “The approval of Relyvrio is an important step forward in treating ALS and is another important milestone for the field of ALS research and drug development.”

ALS is a progressive neuromuscular disease in which muscle-controlling nerve cells called motor neurons are destroyed, causing muscles to become nonfunctional. This results in muscle weakness, disability, and eventually death. The exact cause for ALS is still unknown. About 10% of cases have known genetic causes, but the remaining cases have no clear cause. Oxidative stress (toxicity due to harmful free radicals) has been associated with several neurodegenerative diseases, including ALS. Relyvrio is designed to slow the loss of motor neurons by blocking cell death pathways. The MDA supported the original testing in ALS of sodium phenylbutyrate, one of the two elements in Relyvrio.

The FDA based its decision to grant approval to Relyvrio on the positive results of a 24-week, multicenter, randomized, double-blind, placebo-controlled study. In the trial, 137 adults with ALS were randomly assigned to receive either Relyvrio or an inactive placebo control. The affected people treated with Relyvrio experienced a slower rate of decline on an assessment of daily functioning compared to those receiving placebo. Longer overall survival was also observed in a long-term analysis of trial participants who received Relyvrio versus those who received placebo.

Relyvrio was generally well-tolerated in trial participants, with the most common adverse reactions being diarrhea, abdominal pain, nausea and upper respiratory tract infection. Relyvrio may cause worsening diarrhea in people with disorders that interfere with bile acid circulation.

To learn more about the approval of Relyvrio, read the company’s press release. For more information about the trial, visit ClinicalTrials.gov and enter “NCT03127514” into the search box.

MDA’s Resource Center provides support, guidance, and resources for patients and families, including information about the approval of Relyvrio, open clinical trials, and other services. Contact the MDA Resource Center at 1-833-ASK-MDA1 or ResourceCenter@mdausa.org. 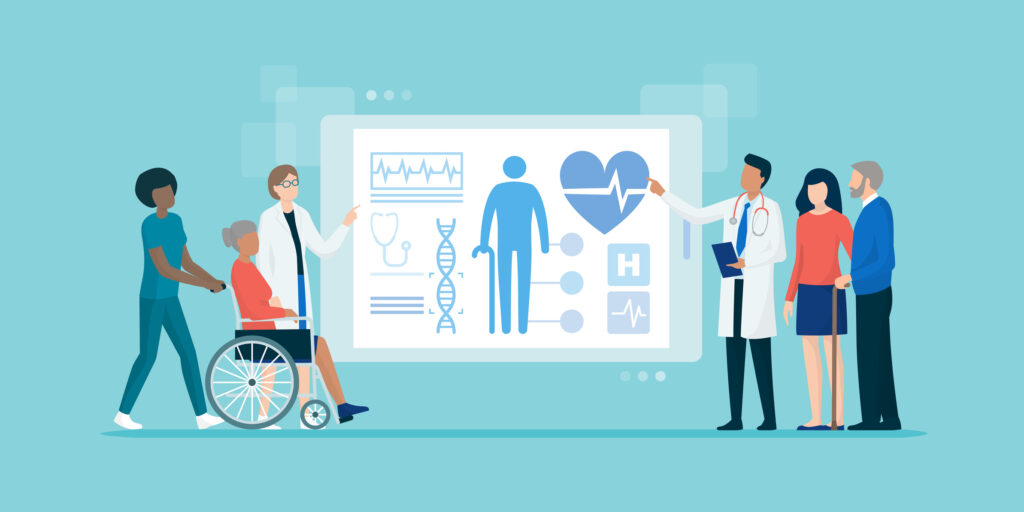 What You Should Know About Target Health Numbers