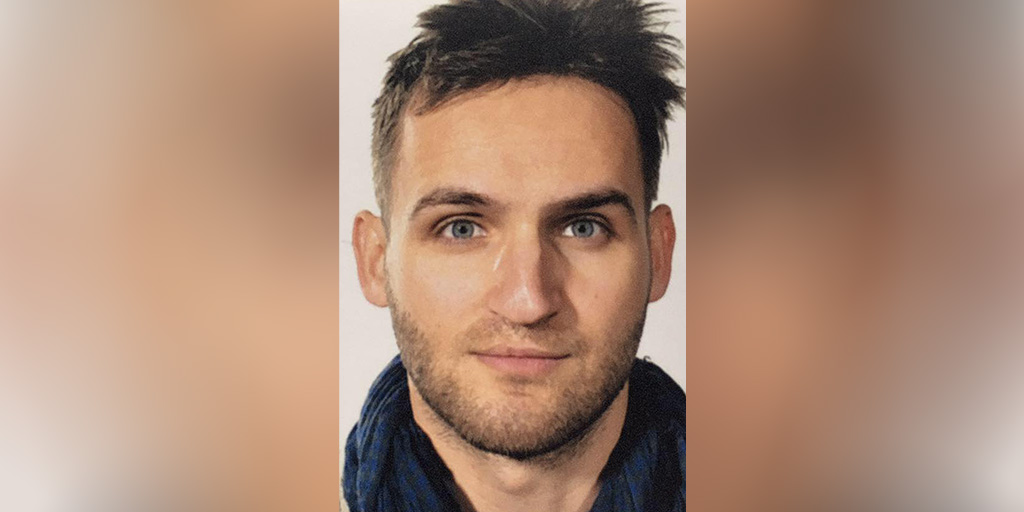 Receiving a diagnosis of a neuromuscular disease is often not easy — there can be denial, anger, grief, and a frustrating sense that maybe life is, in a way, over. For Wolfgang Pernice, PhD, however, being diagnosed with Charcot Marie Tooth disease (CMT) in his early teens didn’t bother him that much. He says his father, who has been living with CMT for as long as Wolfgang can remember, is the reason for his optimism.

“My dad has been unwavering in his refusal to be affected by this condition, and that has affected me as well,” Wolfgang says. “It’s not a given to deal with it the way I do — I’ve grown up with the example of my father, and I’ve seen that you can live well with this disease.”

After a year studying law as an undergraduate in Germany, Wolfgang decided to focus on a career in biomedical research — in large part to discover the genetic basis of his family’s disease (both his siblings also have CMT). After earning a bachelor’s degree in molecular biology at Imperial College London, he enrolled in Columbia University’s Pathobiology and Molecular Medicine Program in 2011 and finished his PhD program in 2016 in the lab of Liza Pon, PhD, professor of Pathology & Cell Biology.

Currently, Wolfgang is a postdoctoral fellow in the lab of Michio Hirano, MD, professor of Neurology at Columbia and chief of the Division of Neuromuscular Medicine — and who also happens to be Wolfgang’s physician. Wolfgang’s aim is not only to find the genetic basis of his own disease; he currently works to leverage synergies at the interface of biology and genetics with machine learning in order to address general challenges in precision medicine for neuromuscular disorders. He was recently awarded an MDA development grant totaling $210,000 over three years to develop and utilize new technology to more accurately associate rare genetic variants with multiple neuromuscular diseases, including CMT, mitochondrial myopathy (MM), and others.

Growing up in a family with CMT

Wolfgang was born in Belgium and raised in Berlin. While Wolfgang didn’t experience CMT symptoms in childhood, his father, who works as a law professor, had been diagnosed with CMT years before Wolfgang was born. With no family history of the disease, his father was the first person in his family to be affected by a neuromuscular condition. “I never knew my father without CMT,” Wolfgang says.

CMT is characterized by the degeneration of peripheral nerves, resulting in disabling muscle weakness and sensory loss in the hands, arms, feet, and legs. It is a progressive disease, meaning that patients will get worse over time. However, the severity of symptoms and progression depends on the subtype of CMT, of which there are many.

As Wolfgang reached the beginning of his teenage years and still showed no signs, his father was convinced that he had not passed the disease on to Wolfgang or his siblings. However, around the age of 14, Wolfgang noticed that he was losing strength in his legs. He had been active in taekwondo growing up, but now, kicking was harder and moves he had easily mastered became out of reach. Eventually, Wolfgang tested positive for elevated creatine kinase levels, a commonly used clinical biomarker associated with CMT. “It was the first time that I saw my dad cry,” Wolfgang says.

In the Pernice family’s case, their CMT is a mild version, which means that it progresses more slowly, and symptoms are less severe than other cases of CMT. At 65 years old, Wolfgang’s father can still walk, albeit with crutches. Wolfgang can do most of what he’s always been able to do, he’s just weaker and slower at it sometimes. “It’s hard for me to walk upstairs, and more than two or three [flights] becomes challenging,” he says. He can’t really run or jump, which means he can’t play most sports, so he works out by swimming.

“That’s probably the most challenging thing, this inevitable progression that keeps taking away things that you used to like to do,” he says, referring to his childhood love of taekwondo. “That is hard, but on the other hand, there are conditions that are much more severe.”

He credits his positivity to his father’s example. When he was 14, his father took him to China as a birthday present. By then, his father has already walking with crutches. It’s rumored that Chairman Mao once said, “A man who has never been to the Great Wall shall not be considered as a hero.” In order to climb to the top of the wall, Wolfgang’s father had to slowly pull himself along the handrail. As a line of people formed behind him, Wolfgang heard people whispering in Chinese, and worried that they were getting angry. Instead, his guide told him they were saying, “Look, that’s a real man!”

“With an example like that, there’s not much room for self-pity,” Wolfgang says.

Finding the cause of his own CMT

While Wolfgang’s doctoral research focused on mitochondrial quality control and asymmetric inheritance in yeast cells (which is relevant to many neuromuscular diseases), his side project was trying to discover the genetic variant in his family that caused their CMT. During his PhD program, Wolfgang was paired with Dr. Hirano as part of Columbia’s Med-into-Grad program, an initiative funded by the Howard Hughes Medical Institute that pairs research graduate students with clinicians. As his mentor, Dr. Hirano helped Wolfgang pursue his personal project of finding the CMT gene mutation in his family. After performing whole exome sequencing on five family members, he’s been able to rule out all existing subtypes. Though he hasn’t identified the gene responsible, “I’m still pretty confident that we can figure it out,” Wolfgang says.

While he’s never felt limited in the lab by having CMT, it was challenging to find a doctoral program that would allow him to pursue his personal agenda as a PhD student. “I fought pretty hard to pursue a genetic workup for my family,” he says, “and I had to jump through a lot of hoops.”

His current project as an MDA development grantee will be to combine everything he’s learned and apply it to the field of neuromuscular diseases, in general.

“One of biggest problems we are facing is we still don’t understand the genetic basis of many neuromuscular disease subtypes, and it’s a real challenge to identify these genes,” he says. Because so many different genetic mutations can cause similar disease phenotypes in CMT, Wolfgang is convinced that identifying one molecule that addresses many subtypes downstream is the best route to developing future therapies.

He’s excited about the possibilities, not only for scientists but for patients. “It is easier than ever to get involved,” he says, noting that patients can contribute to solving these diseases in many ways, for instance, by tracking and sharing data around their own disease progression. “It may sound a little strange, but in a way, there has never been a better time to be born with a disease like this because the opportunities we have now are really incredible — it doesn’t have to be limited to becoming a research scientist. There is much reason for hope.”