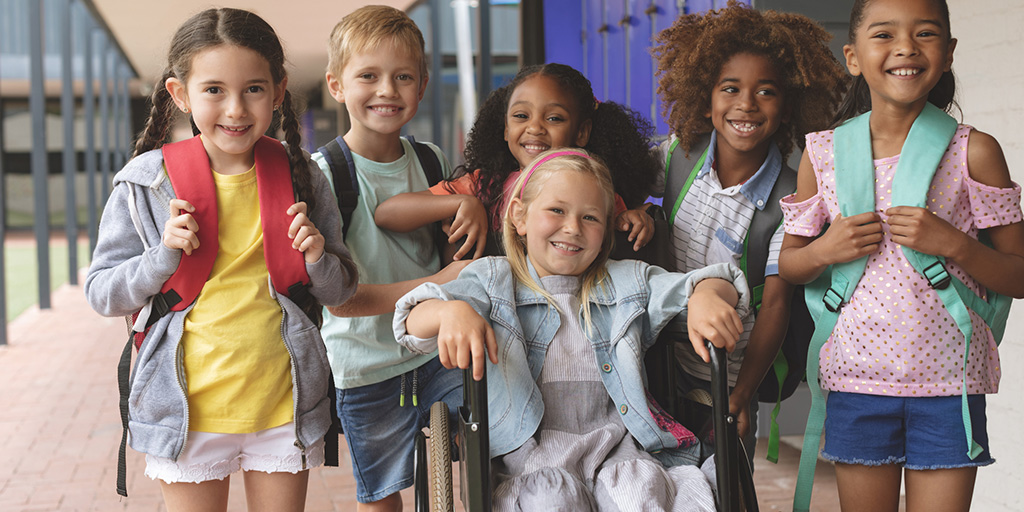 504 Plans What Parents Should Know

Some students with muscle diseases have IEPs (Individualized Education Plans) and some have 504 plans. What’s the difference? Should parents be concerned if the school says their child doesn’t qualify for an IEP, and creates a 504 plan instead — or vice versa?

Not necessarily. As the accompanying chart and diagram shows, there’s a lot of overlap between the two plans. The key is for parents to be aware of the pros and cons of each, and keep a close eye on how well the plan is meeting their child’s special needs at school.

504s easier in some ways

Adam Wechsler, a seventh-grader in Jericho, Vt., currently has a 504 plan. Adam, who’s affected by Duchenne muscular dystrophy, “tested out” of his original IEP plan in 2006 due to having excellent grades and being able to participate in a regular gym class.

“He got booted off the IEP because he was meeting his educational goals and getting As in his classes,” says his mother, Joanne. “We went down with a fight. I tried to keep the IEP because I felt like we would have more rights under it, but on the flipside, the 504 is a whole heck of a lot less paperwork. And in some ways, I feel like I get more attention from the therapists because they’re able to spend their time with us rather than filling out all the paperwork and keeping up on goals.”

Adam’s 504 modifications and accommodations include: special classroom seating; requests for classmates to keep the room free from tripping dangers; informal modifications in physical education class depending on the activities for the day; extra time on tests; and someone to help with notetaking.

An aide does stretching, passive range-of-motion and hand exercises with Adam in the nurse’s office for 20 minutes each morning before school. He sees the regular physical therapist (PT) weekly, mostly for consultation, and is scheduled to see the occupational therapist (OT) twice a month.

Adam’s 504 team consists of the PT, OT, school nurse (who is the 504 coordinator), a special educator, math teacher, guidance counselor and the principal. The team has worked to make modifications in gym class and accommodations to help Adam when he’s fatigued. The school also purchased a laptop to use in class and the speech-to-text software program Dragon NaturallySpeaking, which Adam uses at home when he has a lot of writing to complete on the computer.

“It’s a lot more informal,” Joanne says of the 504 plan. “We have meetings regularly, usually every month or every six weeks. I insisted on that because otherwise there wouldn’t be any regular communication. I just want to make sure that he continues to be successful.”

Once Adam, 12, no longer is able to fully participate in P.E., Wechsler says he may again become eligible for an IEP because he would require specialized instruction (adapted physical education) in order to meet the school’s curriculum requirements. Even though he participates in a regular gym class right now, Joanne wonders whether he’s getting the same benefits as the other students and meeting the appropriate standards.

“It’s been easier in a lot of ways to be on the 504,” Joanne says. “I just want the services for Adam, and it doesn’t matter how I get them. Other people are always floored that Adam gets daily stretching, especially since many kids who have IEPs only get PT once a month.”

Parents often make the mistake of thinking that a 504 plan provides the same procedural safeguards as an IEP, says Pat Howey, a special education consultant based in West Point, Ind., who speaks nationally on this topic.

She notes that IEP teams must follow strict procedures, guidelines and timelines, but Section 504 only requires schools to notify parents that their child has been identified, evaluated and placed under a 504 plan, she says.

For example, in order for a child to receive services, every detail must be written into the IEP and parents must sign off on any changes. (Note: Sometimes this can happen without a meeting.) On the other hand, a 504 plan doesn’t have to be in writing, and schools aren’t required to involve the parents in the process in any way, Howey says, including when making changes.

This puts the responsibility on parents to keep the lines of communication open. Parents should ask the school to create a written document, which can ensure greater accountability and consistency in the 504 plan’s implementation, and should try to schedule regular meetings to monitor the plan.

IEPs are subject to extensive procedural safeguards for children and parents, especially for filing complaints and due process hearings. Parents can file a complaint with the state department of education, and the law requires impartial hearings when parents and schools disagree.

By contrast, Section 504 affords parents the right to file a complaint with the U.S. Department of Education’s Office for Civil Rights. It also permits parents to examine relevant records and request a hearing to review allegations of discrimination. The school, however, has the right to select the hearing officer.

Section 504 allows the school and hearing officer to decide the details of the hearing process. Although the hearing can proceed without the parent’s consent, Howey says schools must give parents an opportunity to participate in the hearing and be represented by legal counsel.

Not much about IEPs and 504 plans is easy or clear cut, except that they’re both there to assist students in gaining access to a free appropriate public education. So, the experts say, be proactive, do your homework, keep in touch with the school and arm yourself with evidence and facts to support your position. Your child’s education depends on it.

Getting Creative with Adapted P.E.

Jacob Engers, a ninth-grader from Baltimore, switched from a 504 plan to an IEP once he qualified to receive adapted physical education (P.E.) services.

In most areas, schools require all students to complete a P.E. requirement. For this reason, adapted P.E., which can be provided by a physical education teacher or special education teacher, isn’t considered a “related service,” and occupational and physical therapy can’t be used as substitutes.

Jacob, 14, has Duchenne muscular dystrophy and uses a power wheelchair full time. His mom, Cathy Engers, says Jacob did very well with a 504 Plan throughout elementary and middle school. The only difference between the 504 Plan and his new IEP is the adaptive P.E. program, she says.

Because the state allows some flexibility with the adapted P.E. curriculum, Cathy proposed that Jacob use the Nintendo Wii to fulfill his P.E. requirement. The school agreed and an adaptive program was designed by the head of the adapted P.E. program for Baltimore County Schools.

The Wii is a video game console that interacts with a wireless remote controller that users strap to their arm. The remote is activated by physical movements or by pressing buttons. The console typically connects to a television set.

To play a Wii sports game, the user straps on the remote and watches the TV screen for the virtual serve or pitch. The user then mimics the action of swinging a racket or a bat as if hitting the virtual ball. The console interprets the movement of the remote and the TV screen shows if the virtual ball has been hit, and, if so, where it went. The Wii can be used by people of all skill levels; as they improve, the skill level automatically increases.

Jacob still attends a general P.E. class. He participates in some activities with the rest of the class, such as when they’re learning the rules of various games or completing written assignments. When he can’t participate due to physical limitations, he goes to an office near the gym where he uses the Wii for the 90-minute period.

Jacob plays different sports on the Wii, including tennis and baseball. Oftentimes, another student comes in to play against him and keep him challenged. While using the Wii, Jacob is hooked up to a heart monitor, and his heart rate gets elevated, says his mom, showing “he’s getting something out of it.”