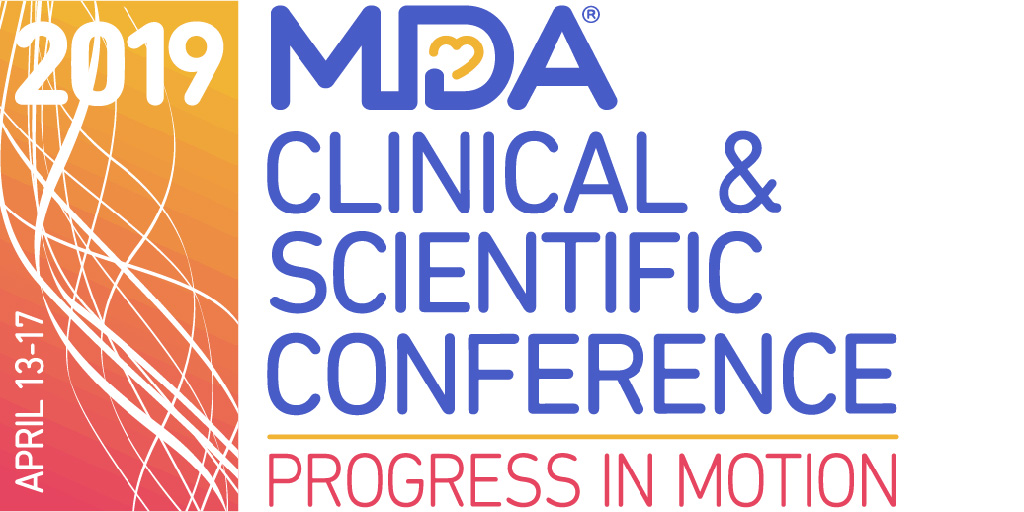 2109 Clinical & Scientific Conference Highlight: Healthcare Technology Moves Out of the Clinic, Into the Pocket

Computers, laptops, tablets, and smartphones have become ubiquitous features of our daily lives — but not of our healthcare. At least, not yet. But a group of physicians at MDA’s 2019 Clinical & Scientific Conference made a few convincing cases for increased use of personal electronics in healthcare and clinical trials.

Dr. James Berry of Massachusetts General Hospital opened the conference’s Technology in Healthcare session by talking about one of the most immediately impactful ways medical teams can utilize everyday tech systems: telemedicine. In a 16-month trial period, Dr. Berry said clinicians on his team had 136 televisits with 97 patients living with amyotrophic lateral sclerosis (ALS). The patients represented a spectrum of disease severity — some were ambulatory while others weren’t. And while doctors initially worried the presence of the screen — and the lack of a clinical surrounding — would create a sense of disconnectedness between doctor and patient, they actually discovered televisits to be about 75% as medically useful as clinic visits for both patients and doctors.

Telemedicine costs less for patients, Dr. Berry said, and allows doctors to adjust treatment plans, change medications, or modify respiratory care, for example. In the 20th century, he said, care became centralized in hospitals so patients and doctors could have access to machines and technology based in the hospital setting. But in the 21st century, outpatient care may be able to be more decentralized thanks to augmented and virtual reality — plus the computers we carry in our pockets.

Smartphones have sensors that can be activated to evaluate patients’ abilities to perform fine finger movements and cognitive tasks. Combined with active data collection, like patient surveys, this sort of “digital phenotyping” lets doctors measure patients’ patterns from a distance, while patients’ daily lives are less disrupted.

Other session presenters leaned into the idea of combining data gathered via everyday technology with deeper in-clinic analysis to identify biomarkers and form more complete disease histories. Dr. Teresa Arroyo Gallego, chief data scientist for nQ Medical, explained how she and her colleagues were using phone keypads and computer keyboards to create “typing signatures” of patients with neurodegenerative diseases. Measuring the time taken to press a key as well as the time between keystrokes creates a picture of fine motor and cognitive abilities, which Dr. Arroyo Gallego said can be used as a biomarker for disease progression.

Dr. Balasundaram Kadirvelu from Imperial College London is using a special suit in clinic visits with boys who have Duchenne muscular dystrophy (DMD) to measure how their muscles and joints move. After wearing the suit in clinic, the boys are sent home with four smartwatches to wear on their wrists and ankles, as well as a laptop to use in conjunction, to gather more data “outside in the real world, where it really matters.” Dr. Kadirvelu said the total data can offer a better prediction of disease progression.

And Dr. Josh Cosman, who works in Digital Innovation at Biogen, spoke on how the pharma company is designing small feasibility studies to measure how tools like smartphones and smartwatches gather data. Once the tools are working the ways researches need them to work to collect data, they can then employ them to ultimately create trials focused on more accurate patient function assessments over time.

Dr. Leigh Hochberg of Massachusetts General Hospital is using iPads and laptops with his patients, too, in conjunction with brain computer interfaces that allow people with paralysis or locked-in syndrome — caused by numerous conditions including muscular dystrophy, ALS, stroke, or cerebral-spinal cord injury — to control external devices merely by thinking. The brain computer interface involves a neural sensor connected to a patient’s brain and a decoder that translates brain activity to operate a laptop or assistive device. The result: Patients can, among other things, surf the internet and send emails, communicating again with friends and family.

In one of several video presentations, Dr. Hochberg highlighted a woman thinking about using her dominant hand to move a mechanical arm holding a cup. The goal was to move the cup to her lips and take a sip through a straw in the cup. In the background of the video was a technician who, Dr. Hochberg said kiddingly, was under strict instruction to show no emotion.

When the woman brought the cup to her lips and finally took a sip (she was drinking a cinnamon latte), she smiled. So did the technician.

As Dr. Berry said at the session’s start, the digital revolution has a place in medicine.

“It’s time to embrace digital healthcare,” he said. “Digital tools can transform our approach and our research. A lot of the tools I’m talking about today sort of mimic things that have been available in a consumer role for a very long time, but the stakes are much higher in the medical world, so it makes sense we would go more slowly. But we do have to embrace this transformation in order to move it forward.”