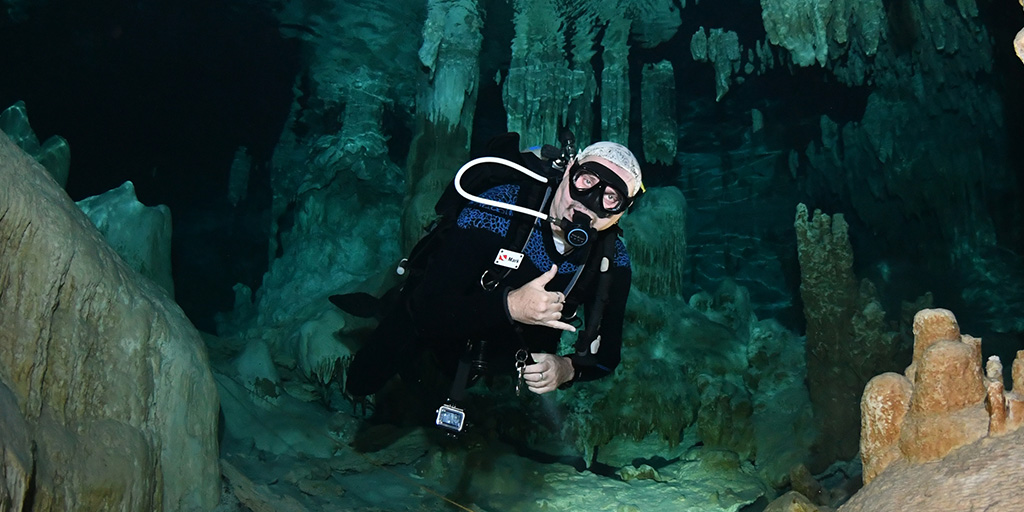 Name almost any sport, and it probably can be adapted for various abilities. That includes baseball, skiing, surfing, rock climbing, football, hockey, rowing, and more.

The way a sport is adapted varies based on the type of equipment used. For example, there are wheelchair versions of tennis, curling, basketball, and rugby. Other sports use specialized equipment. Adaptive skiing uses a special type of sled mounted on one or two skis. With adaptive surfing, a surfer can ride a wave sitting or lying on a specially designed board.

“There is a whole world out there where you can be active,” says 47-year-old Brooklyn, New York, resident Jaime Zelaya. He and his 14-year-old daughter, Leah, have scapuloperoneal spinal muscular atrophy (SMA) and have been exploring the breadth of activities available to them for the past few years.

For Jaime, finding out about a local softball league run by the Wheelchair Sports Federation got him hooked on being active. Since then, he’s tried sled hockey, tennis, lacrosse, handcycling, and basketball, but he’s not giving up his first love: wheelchair softball. Leah has tried many sports with her dad, but her favorite is adaptive skiing.

In addition to being fun, participating in adaptive sports has other benefits. 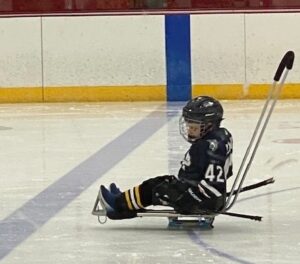 For 10-year-old Exeter, New Hampshire, resident Jackson Levine, who has multiminicore myopathy/Titin myopathy, sports have always been part of his life, especially since his mother is an alpine ski coach. But he didn’t really find his groove until he joined a sled hockey team. In sled hockey, players sit in an aluminum sled on skate blades and hold two short hockey sticks that they use to push themselves, as well as to hit the puck. Jackson loves the way using a sled allows him to move across the ice quickly. But he especially likes that it helps him expand his social circle.

“What I like most is that I get to meet people who are like me, and I make new friends,” he says. Because none of them go to his school, that wouldn’t have been possible without joining the team. “There are people I hang out with every day, and I really look forward to that,” he says.

About five years ago, at age 55, Gilbert, Arizona, resident Mark Reabold saw a poster advertising, “Learn SCUBA.” By then, his facioscapulohumeral muscular dystrophy (FSHD) had caused him to give up other sports, like softball, bowling, and golf, because he found them too tiring. But the idea of floating weightless sounded perfect — and he was right. 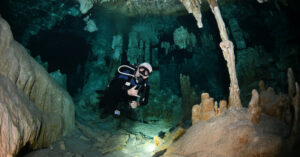 “Being in the water feels so good on my body, and traveling to places specifically because they have good dive spots gives me a sense of purpose,” he says. “It gives me something to look forward to and motivates me when I’m having a tough time just getting out of bed.”

Mark has done more than 200 dives around the world, including swimming with sharks in Costa Rica. He doesn’t need modified SCUBA equipment, but he does need help being transported to the edge of the boat so he can roll into the water rather than jump in from a standing position. He says it’s helpful to go with dive teams that are familiar with this approach so they can set up the boat to accommodate it. 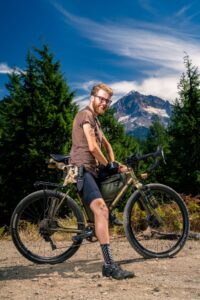 Any type of neuromuscular disease can lead to pain and fatigue, and maintaining mobility is important for addressing those challenges, says 25-year-old Boulder, Colorado, resident Nicklaus Shorten, who has Charcot-Marie-Tooth disease (CMT).

Growing up, Nicklaus was always riding his bike, and as a young adult, he began competing in bike races. Recently he completed a 103-mile race, which required nine hours of riding in one day. He wears custom orthotics to prevent pain in his feet and has learned to rest strategically to prevent exhaustion.

“To say cycling has been transformational is an understatement,” he says. “It’s my way to challenge myself, exercise regularly, feel capable, and have freedom. I’m in control as opposed to my disease being in control.”

“Activities like adaptive dance and skiing have helped me to become more independent and confident,” she says. “You meet people who have the same struggles as you and watch them overcome those, and that helps you feel like you can do that, too.”

Check out these organizations to see if they have adaptive sports opportunities in your area.

Move United: This organization has locations nationwide and offers about 70 adaptive sports.