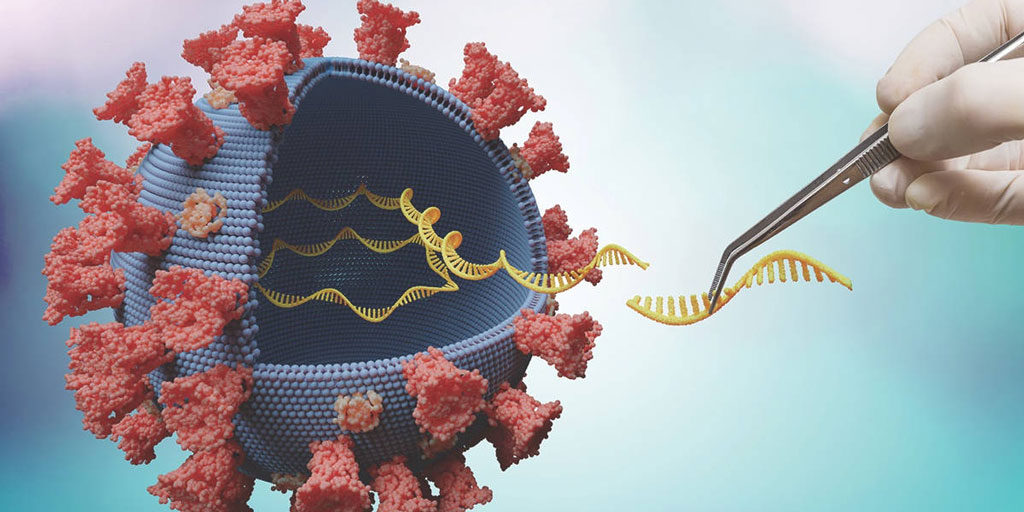 Usually, viruses are bad news. But lately, they’re getting good press, thanks to the COVID-19 vaccines created by AstraZeneca, Johnson & Johnson, and Immunity Bio, which use viral vectors to deliver instructions to our cells to fight off the novel coronavirus.

Delivering immunity isn’t the only thing viral vectors can do. They also hold great promise in gene-targeted therapies for neuromuscular diseases.

The usefulness of viral vectors in gene therapy has already been demonstrated by Zolgensma, the first drug based on an adeno-associated virus (AAV) vector to be approved by the US Food and Drug Administration (FDA). Zolgensma treats spinal muscular atrophy (SMA) by using a modified virus to deliver a functional SMN gene to target cells. SMA is caused when the SMN gene is missing or mutated. Neurologists around the world are now giving Zolgensma to babies born with SMA to stop the progression of the disease.

So, how are scientists turning viruses into lifesaving therapies?

“Viruses are very good at entering your body,” says Jeff Chamberlain, PhD, a professor of neurology, med­icine, and biochemistry at the University of Washing­ton and director of the Sen. Paul D. Wellstone Muscular Dystrophy Cooperative Research Center of Seattle. “Normally, a virus tries to get into various cells and drop off its own genes in order to make copies of that virus. For gene therapy, the only part of the virus we keep is the shell, because it has all the information you need to get into the body. It can latch onto muscle cells, then break open and release its contents.”

Basically, researchers turn viruses into tiny delivery vehicles — or vectors — by removing all of the viral DNA that would make people sick and engineering them to deliver therapeutic DNA sequences to target cells.

“It’s surprisingly simple to grow the virus in a lab in such a way that you get the outer infectious shell, but the only DNA packed into that shell is your therapeutic gene,” says Dr. Cham­berlain, who started testing various types of AAV 20 years ago. Much of his work has been supported by MDA grants.

“We thought AAV might be a good delivery vehicle, but there was a problem: It’s a very small vector, so it cannot carry much DNA. That’s a problem with Duchenne muscu­lar dystrophy [DMD] because dystrophin [which is lacking in boys with DMD] is the largest-known gene in nature. All of the early work with AAV involved single injections directly into one muscle, and it didn’t spread.”

In 2004, researchers made a key breakthrough: They found that certain AAV vectors delivered into the bloodstream at high doses were able to transfer new genes to muscles through­out the body. And through trial-and-error mouse studies, scientists came up with a synthetic version of the dystrophin gene that was one-third the size of normal dystrophin — meaning it was small enough to fit into an AAV vector.

“We’ve actually made dozens of these micro-dystrophins and found that some of them worked amazingly well, some not,” he said. “When you combine that with the AAV deliv­ery vehicle, we were able to show that we could deliver a new dystrophin gene to every muscle of the body.”

Micro-gene therapy is now under extensive clinical evalu­ation for DMD, showing promising early results, and it also is in preclinical testing for dysferlinopathy.

While viral vectors are the leading platform for gene therapy delivery, there are challenges to overcome before these thera­pies can be distributed to large numbers of people.

One of the biggest challenges is that people may have pre-existing antibodies to the virus used as the vector. For example, AAV is found naturally in many animals, includ­ing humans. It does not cause a known illness, so a person wouldn’t know if they’re infected. But, if that person is given an AAV-based gene therapy, their pre-existing antibodies will neutralize the AAV vector, making the therapy ineffective.

“Between 20% and 80% of the population may not be eligible for a specific gene therapy because they have pre-existing antibodies,” says Sharon Hesterlee, PhD, MDA’s executive vice president and chief research officer. “There’s no way to know if you’ve been exposed until you’re tested for antibodies.” Currently, individuals considering receiving gene therapy or entering a clinical trial that involves a viral vector must be tested for antibodies. Having too many of those anti­bodies makes them ineligible for the treatment or trial.

Pharmaceutical companies have been able to produce large quantities of the COVID-19 vaccine from a different virus, called adenovirus (AV), very quickly because only tiny amounts of the vaccine are required to stimulate the immune response that protects against COVID-19 when it is injected into a muscle. But gene therapy requires a large amount of viral vectors to carry the therapeutic gene to cells, and it must be introduced into the bloodstream. This process not only delivers the therapeutic gene, but it also causes the body to mount an immune response to the viral vector.

That immune response causes another challenge: People who have been treated with a particular gene therapy once cannot be redosed.

“When you use a virus to deliver a healthy gene, you might as well give a person a vaccine against that same virus. The body mounts an immune response to that virus and remembers it,” Dr. Hesterlee says.

Researchers are looking for workarounds to these challenges. One solution is to design therapies that only require one dose, like Zolgensma. “If the first dose is effective, you don’t really need a second dose because it’s a long-lasting treatment,” Dr. Chamberlain says.

He also says researchers are getting closer to solving the problem of redosing. “There is good data in animal models showing there are ways to give a second dose down the road,” he says. “Right now, it’s a brand-new technology. Manufacturing facilities are not in place, and it’s very expensive to make experimental medicines that have never been made before. But the more patients we treat, the less these treatments will cost.”

The treatment methods developed for the most common neuromuscular diseases often benefit more rare diseases. “The first studies showing that AAV could be an effective delivery system really came out of the DMD work we were doing, and it’s since been applied to hundreds of diseases,” Dr. Chamberlain says.

Closely monitoring how these therapies perform in clinical trials is important, because viral vectors have been linked to rare, but serious, side effects.

“Sometimes there’s an overblown immune response, causing a severe reaction,” Dr. Hesterlee notes. “We have to select people who are not likely to have an immune response to the vector and learn how to prevent, monitor, and treat side effects better.”

To avoid the complications of viral vectors, researchers are working on nonviral methods to deliver genes to cells.

Advances in nanotechnology are making it possible to develop nanoparticles that can deliver gene therapy without triggering an immune response, though that technology has not yet advanced to clinical trials. Some pharmaceutical companies are developing their own nonviral gene therapy platforms, including Myosana Therapeutics and Dyne Thera­peutics, which are both pursuing nonviral means to treat DMD.

Developing new technologies and therapies is expensive and resources are limited, so research in emerging areas focuses on the most common neuromuscular diseases. But eventually, those technologies will be used in treatments for other diseases. MDA has invested more than $125 million in the development of gene-targeted therapies that have the potential to benefit the more than 40 diseases under MDA’s umbrella.

Despite the challenges, researchers are not giving up on viral vectors. “The benefits are far greater than the safety concerns, and the companies doing these trials now are learn­ing new things every day about how to precondition the body to have less of a reaction,” Dr. Chamberlain says.

In addition, there’s still a lot to discover in the AAV space. “There are thousands of kinds of AAVs, and new synthetic versions are looking much better,” Dr. Chamberlain says. “We can also now use higher doses with fewer side effects because of recent advances in how to make these AAV vec­tors. It’s still the early days.”

As the days go on, researchers surely will have more treat­ment methods — both viral and nonviral — they can apply to more diseases.

Larry Luxner is a journalist based in Israel.

DNA A long molecule that carries a cell’s genetic information.

genes Segments of DNA that act as blueprints for making proteins for virtually every function and structure in the body.

gene-targeted therapy The introduction, removal, or change in the content of a person’s genetic code, with the goal of treating or curing a disease.

genetic mutation A flaw in a sequence of DNA that alters gene function.

nanoparticle A microscopic particle whose size is measured in nanometers.

nanotechnology Technology that deals with dimensions of less than 100 nanometers, especially the manipulation of individual atoms and molecules.

vector A delivery vehicle that carries new genes to cells

Genes tell our cells how to grow and work. If you’d like to learn more about the role genes play in neuromuscular disease, download facts sheets on genetics at mda.org/education. To learn more about gene-targeted therapies, read the Quest article “Targeting Genes.”