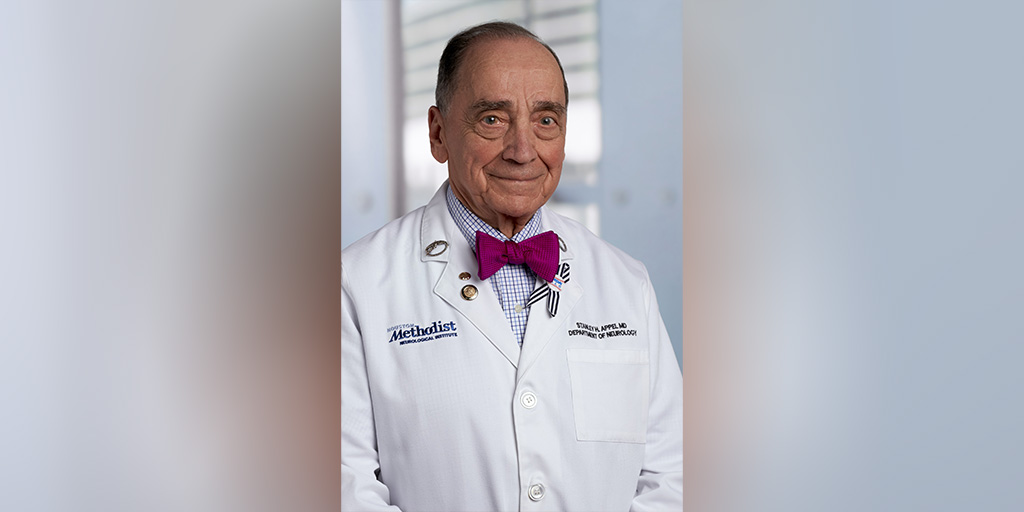 The ALS Association, ALS Finding a Cure (ALSFAC), and MDA announced they have jointly awarded a clinical trial grant totaling more than $2.5 million over two-and-a-half years to leading investigators at the Houston Methodist Neurological Institute and Massachusetts General Hospital. The principal investigator is Stanley Appel, MD, co-director of Houston Methodist Neurological Institute, chair of the Stanley H. Appel Department of Neurology and the Peggy and Gary Edwards Distinguished Chair in ALS at Houston Methodist Hospital, and professor of Neurology at Weill Cornell Medical College. Dr. Appel is an internationally renowned researcher and neurologist and is one of the country’s foremost experts on amyotrophic lateral sclerosis (ALS), a progressive neuromuscular disease that destroys muscle-controlling nerve cells called motor neurons, eventually causing muscles to become nonfunctional.

The funding award will allow Dr. Appel to expand the first-in-human study that demonstrated promising results leveraging patients’ own immune cells to treat ALS. The clinical trial grant is a collaborative study between the ALS team at Houston Methodist Hospital led by Dr. Appel and the ALS team at Mass General Hospital led by Merit Cudkowicz, MD, chief of Neurology at Mass General Hospital and the Julieanne Dorn Professor of Neurology at Harvard Medical School. Dr. Cudkowicz is the director of the Sean M. Healey & AMG Center for ALS (Healey Center) and the Neurological Clinical Research Institute (NCRI) at Mass General Hospital. She is the co-founder and former co-chair of the Northeast ALS Consortium (NEALS) and serves as the chief medical officer of ALSFAC. Drs. Sabrina Paganoni and James Berry are co-investigators on the team from the Healey Center.

“We are proud to support a dedicated community of scientists and clinicians who are refining promising research approaches in the exciting new field of neuro-immunology to further define the causes of ALS and develop strategies to treat or block the disease process,” says Peter Foss, president of ALSFAC.

“Dr. Appel’s work gives us great hope,” says Neil Thakur, executive vice president of mission strategy at The ALS Association. “We are grateful to Dr. Appel and Dr. Jason Thonhoff [at Houston Methodist] as well as all the scientists in the lab, and especially grateful to the volunteers in the studies. These volunteers are putting themselves on the front line of science to fight ALS.”

Regulatory T-lymphocytes (Tregs) are a type of T-lymphocyte (a white blood cell that plays a central role in the immune response) that reduces immune system activation. Tregs are decreased in both numbers and function in the blood of people with ALS. Because Tregs are reduced in people with ALS, harmful immune processes can occur. In fact, people with more rapid ALS progression have even lower Treg function.

Building on positive preclinical results showing that it was possible to restore Treg function outside the body, the first clinical trial in humans demonstrated that Tregs could be extracted from people living with ALS, expanded in vitro, and then safely infused back into the same patients. In the three people who received this treatment with “expanded Tregs” in the first trial, a significant improvement in their Treg suppressive function was observed, as well as an apparent slowing of disease progression.

“Now is a time of unprecedented promise for the field of ALS research and drug development,” Dr. Cudkowicz says. “This collaboration among the three foundations has made possible the support needed to conduct a trial of this nature. It is only with this support that we will be able to continue to explore the possibility of harnessing the immune system to slow disease progression in ALS — possibly bringing us closer to a breakthrough that may one day lead to a cure.”

About the clinical trial

Drs. Appel and Thonhoff will expand on the promising results of the first-in-human trial by collaborating with Drs. Cudkowicz, Berry, and Paganoni on a randomized, placebo-controlled phase 2a clinical trial of infusions of expanded regulatory (EPAR) T-cells followed by an ascending-dose, open-label extension trial. The Tregs will be expanded with the expert assistance of Dr. Fabio Triolo and his team in the GMP facility at the UT Health Science Center at Houston. The primary goal of the phase 2a trial is to enhance Treg suppressive function and thereby slow disease progression in patients with ALS. Enrollment will begin in the next month.

ALS is a progressive neuromuscular disease that destroys muscle-controlling nerve cells called motor neurons. As these cells deteriorate and are eventually lost, the muscles they control become weak and then nonfunctional. Each person’s disease course is unique, but eventually most patients will not be able to stand or walk, get in or out of bed on their own, use their hands and arms, or breathe without assistance. Currently, there is no cure for ALS and approved therapies only moderately slow the progression of the disease.

About ALS Finding a Cure

ALS Finding a Cure is dedicated to being a game changer in discovering a cure for this fatal disease. Founded in 2014 by noted philanthropist and Conair Founder and Chairman, Leandro P. Rizzuto, as a tribute to Christie Rizzuto, his daughter-in-law who was diagnosed with ALS in 2009 at the age of 41, and under the leadership of Denis Rizzuto, Peter N. Foss, and a team of renowned ALS researchers, ALS Finding a Cure is focused on identifying the gaps in the scientific understanding of ALS that are preventing the development of a cure. The organization, a program of The Leandro P. Rizzuto Foundation, collaborates with a wide range of companies, ALS organizations, other disease research organizations, and ALS patients and families to ensure research efforts are non-duplicative, synergistic, and focused on the ultimate goal: finding a cure.

About The ALS Association

The ALS Association is the only national nonprofit organization fighting ALS on every front. By leading the way in global research, providing assistance for people with ALS through a nationwide network of chapters, coordinating multidisciplinary care through certified clinical care centers, and fostering government partnerships, The Association builds hope and enhances quality of life while aggressively searching for new treatments and a cure. For more information about The ALS Association, visit the website at www.alsa.org. 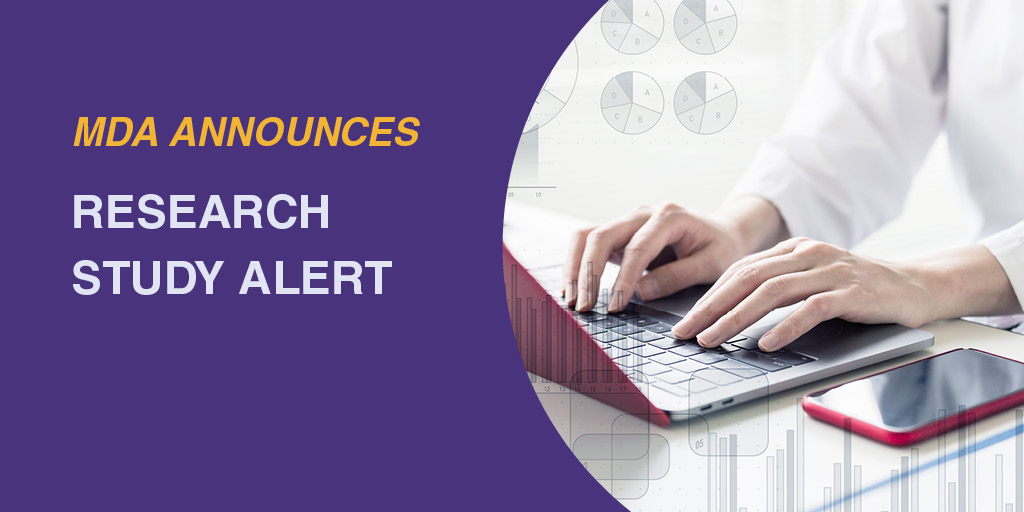 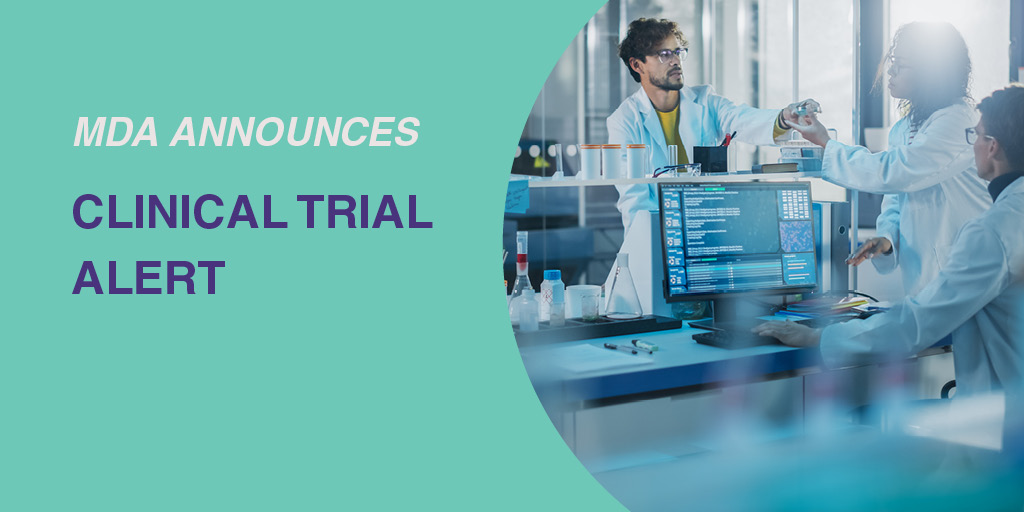