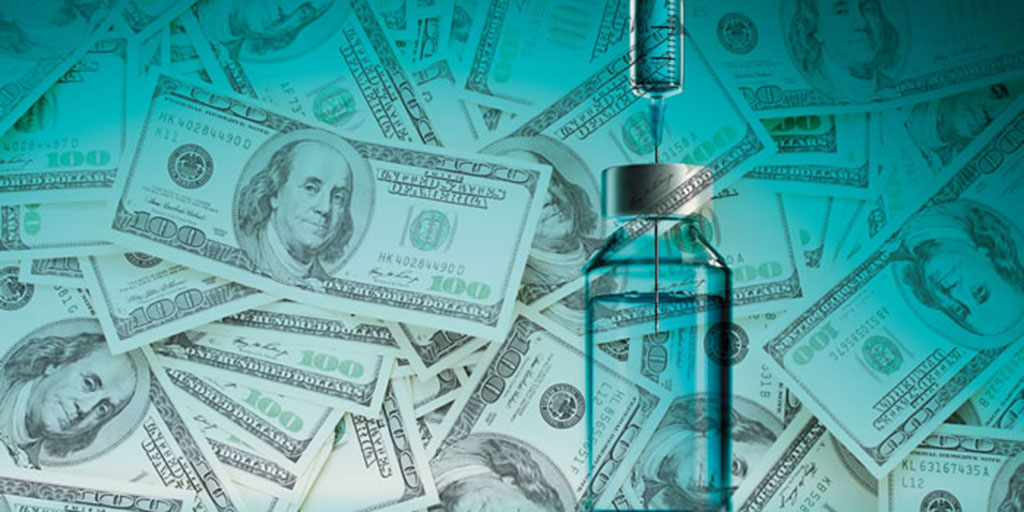 Back in December 2016, when the US Food and Drug Administration (FDA) approved Spinraza — an intravenous therapy developed by Biogen to treat all types of spinal muscular atrophy (SMA) — parents, patient advocates, and even industry observers were shocked at its price: $750,000 for the first year, then $375,000 every year after, for the rest of a patient’s life.

But then along came Zolgensma — a one-time-only gene therapy that targets the genetic root cause of SMA. AveXis, a subsidiary of Novartis at the time, announced that a single dose of its intravenous fluid would cost $2,125,000, quickly earning Zolgensma the title of “world’s most expensive drug.”

Whether that headline-grabbing label is fair is contentious because it’s difficult to directly compare the cost of a one-off gene therapy to that of medications that must be taken regularly over a long period of time. But the debate over exorbitant drug prices is one that’s being repeated throughout the rare disease community as more treatments are being developed for neuromuscular diseases ranging from SMA and Duchenne muscular dystrophy (DMD) to Gaucher disease and amyotrophic lateral sclerosis (ALS).

“With rare disorders, it takes between $100 million and $300 million to bring a new drug to market, and then another $100 million to launch it,” says Jeremy Levin, DPhil, MB BChlr, who until this past June chaired the board of directors of the Biotechnology Innovation Organization (BIO), the world’s largest biotech industry advocacy group.

“Whenever you price something, you must take into account the hundreds of millions of dollars these tiny biotech companies spend in the hope they’ll be successful,” he says. “Ovid spent in excess of $100 million, and unfortunately our product, OV101 (gaboxadol) failed in Phase 3 trials for Angelman syndrome. However, we had the good fortune to demonstrate to the industry that you could cure this genetic condition. As a result, now 14 or 15 other companies are trying to find a cure, and all are investing comparable amounts of money.”

In Spinraza’s case, the benefit was evident early on, says Doug Kerr, MD, PhD, who led Biogen’s efforts on that project and is now chief medical officer at Generation Bio in Cambridge, Massachusetts.

“Spinraza had been in development since 2008. We ultimately moved it into testing patients in 2012, and it won FDA approval only four years later,” he says. “The reason it was so quickly approved was because there was such a clear benefit. The babies with SMA we treated would otherwise have progressed to ventilator dependence and death, but they didn’t. We eventually developed a newborn screening test, and whenever a child was ultimately diagnosed with SMA, we offered this treatment. And if you treated these babies early enough — essentially at 3 weeks of life — most of them never got any disease symptoms at all.”

In the nearly five years since its FDA approval, more than 11,000 people worldwide have received Spinraza.

Success stories like Spinraza’s come infrequently in the industry. Sharon Hesterlee, PhD, MDA’s chief research officer, says about 50% of the costs of bringing a new drug to market are “sunk costs” due to failure.

“Neuromuscular diseases are all rare, meaning market sizes are small, and sometimes just to make the numbers work from a commercial standpoint, they increase prices,” she says. “Another reason is that some of these technologies are relatively new and a little exotic. Gene therapies are expensive to develop and produce.”

Dr. Hesterlee says it’s not clear if drug companies are adding a big profit margin when they price new therapies. “They’re not very transparent,” she says. “But we do know they’re compensating for the number of failures in other programs. What they’re counting on is to get a couple of winners that will pay for the sunk costs that went into all the drugs that didn’t make it.”

One particularly contentious drug is deflazacort (Emflaza), a steroid originally developed by Marathon and now marketed by PTC Therapeutics to treat boys with DMD. For years, US families had been paying $1,200 or less annually out-of-pocket to import Emflaza from Europe. When the FDA approved the drug in 2017, its cost suddenly jumped to around $70,000 a year.

“The company was able to pull together a lot of old data, combine it with new studies, and get it approved as a treatment specifically for DMD in the United States,” Dr. Hesterlee explains. “Now that it was a prescription drug for DMD, they could charge more for it, so they did.”

Most companies wouldn’t invest in rare disease research in the first place if not for the Orphan Drug Act of 1983. The law’s Orphan Drug Tax Credit (ODTC) allows sponsors with an orphan designation to collect tax credits for expenses incurred conducting clinical trials of potential therapies for the indicated rare, or orphan, disease.

This tax credit lowers the cost of drug development. According to the National Organization for Rare Disorders (NORD), 33% fewer rare-disease drugs would be developed without the ODTC.

Before the Orphan Drug Act came into existence, the industry saw an average of one new rare-disease drug approval per year. But between 1983 and 2016, the FDA approved 451 orphan drugs for 590 rare disease indications. Yet the act is a perennial target by lawmakers in Congress who see it as a tax loophole for pharmaceutical companies.

In fact, orphan drugs account for only 11% of what Americans spend annually on prescription drugs.

A current provision of the Build Back Better Act, which was being considered by the US Congress at press time, seeks to remove the tax credit for all but the first approved orphan use of a new drug.

Dr. Hesterlee contends it would be a disaster for rare diseases if the tax credit is cut. “It motivates companies to develop drugs for orphan diseases, and in some cases, it’s not enough,” she says. “The vast majority of diseases are still too rare for companies to touch, even with the tax credit.”

Dr. Levin agrees that if this provision becomes law, it will be “very difficult, if not devastating” for the multitudes of innovative biotech startups that develop therapies for rare diseases.

“The vast majority of tax relief does not go to big pharmaceutical companies, but to small biotech companies,” Dr. Levin says. “Without the tax credit, it becomes incredibly onerous for a young company to raise the hundreds of millions of dollars required to market a drug.”

Dr. Levin adds that, rather than eliminate the ODTC, lawmakers should focus on how to reduce out-of-pocket expenses for people with rare diseases. “They need to ensure that insurance companies don’t have patients paying additional money for medicines that could cure them,” he says.

Fortunately, most health insurance companies now offer coverage of even expensive drugs like Zolgensma. “There are lots of hoops to jump through, but insurers’ familiarity with the drug helps,” Dr. Hesterlee says. “Drugmakers are getting better at laying the groundwork, so insurance companies aren’t getting caught flat-footed.”

Searching for a better model

The cost of new gene therapies will remain high until advances in production bring down prices significantly, according to Generation Bio’s Dr. Kerr.

Dr. Kerr also points out that as long as gene therapies like Zolgensma cost $2 million per patient, it won’t be possible to provide the drug to all who truly need it. “You’d relegate gene therapy to ultra-rare disorders, and we’d see rare examples of dramatic cures, but they would be unavailable to the world at large,” he says. “That’s not the world we want to see with gene therapy. Ultimately, manufacturing costs will go down, and these drugs will potentially be available to a much broader segment of the population. That is our model.”

In the meantime, there are programs to help people obtain medications and new therapies that would otherwise be out of their reach. (Scroll down to Resource for Medical Treatments and Therapies to learn more.)

Some programs are sponsored by pharmaceutical companies. “There are lots of ways companies can help patients pay,” Dr. Hesterlee says. “They have support programs where they will help people defray the cost of medications. They also have whole armies of people who will help them navigate the insurance process.”

Ultimately, the industry’s goal — as well as MDA’s — is to get lifesaving and disease-modifying therapies to people who need them. “Rare-disease therapies must be accessible, whether that’s through reduced pricing, insurance coverage, or some combination that works,” Dr. Hesterlee says.

Larry Luxner is a freelance journalist and photographer based in Israel. He writes frequently about rare diseases.

Resources for Medical Treatments and Therapies

These national organizations provide financial assistance for needs including medical treatments and therapies:

The hospital where you receive treatment might have a program to pay for all or part of treatment, such as a Hill-Burton program. Hill-Burton is a federal law requiring any medical institution that used federal funds to build, expand, or renovate its facilities to provide a percentage of its services free or at a reduced cost. Find a list of Hill-Burton facilities around the country here. Ask the financial coordinator at your MDA Care Center about any financial assistance programs available at that center.