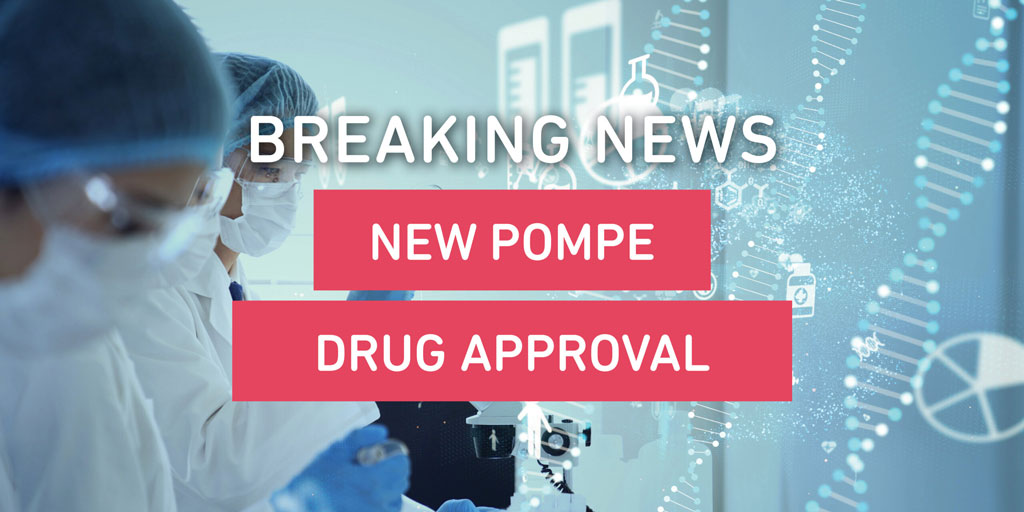 On Aug. 6, the US Food and Drug Administration (FDA) granted accelerated marketing approval to avalglucosidase alfa (Nexviazyme) for the treatment of people 1 year of age and older living with late-onset Pompe disease. It is the second approved drug to treat Pompe disease. Nexviazyme will be made available in the US and marketed by Sanofi Genzyme.

“The approval of Nexviazyme provides another option for patients with Pompe disease,” says MDA’s Executive Vice President and Chief Research Officer Sharon Hesterlee, PhD. “MDA funded the foundational work at Duke University that contributed to the development of the first drug approved for Pompe, Myozyme, and it’s gratifying to see the evolution of new therapies for this disease.  There is always more work to be done to better understand the disease burden for the community and to develop additional therapies and MDA will continue to stand by the Pompe community in support these efforts.”

Pompe disease is a rare degenerative muscle disorder that affects approximately 3,500 people in the US. Pompe disease results from mutations in the gene encoding the acid alpha-glucosidase (GAA) enzyme, which plays a role in the body’s ability to break down the complex sugar glycogen. With insufficient GAA, glycogen builds up and damages muscle cells, particularly in the heart and skeletal muscles. This can lead to muscle weakness and premature death from respiratory or heart failure. Enzyme replacement therapy, such as Lumizyme or Myozyme, is the only effective treatment available for Pompe disease. ERT delivers a man-made version of the GAA enzyme into the body via injection. Nexviazyme is a second-generation ERT designed to improve GAA uptake by specific tissues in the body and more effectively achieve clearance of glycogen.

The FDA based its decision to grant accelerated marketing approval to Nexviazyme on positive results from the phase 3 COMET and the phase 2 mini-COMET studies.

COMET data showed meaningful improvements through week 49 in respiratory muscle function and mobility in patients treated with avalglucosidase alfa, demonstrating comparable efficacy to Lumizyme treatment. Safety profile, improvements in lower extremity muscle strength, and quality of life were also similar between the therapies. Data from patients who switched from Lumizyme to avalglucosidase alfa in the open-label part of the trial also showed better lung function and mobility at week 97.

The three-year Mini-COMET study is evaluating the safety and effectiveness of avalglucosidase alfa in 22 children and adolescents with infantile-onset Pompe disease, all of whom previously failed to respond to Lumizyme treatment. Children were randomly assigned to one of two doses (20 or 40 mg/kg) of avalglucosidase alfa, given every other week, or to their current dose of Lumizyme. Preliminary data at six months found that both doses of avalglucosidase alfa were well-tolerated, with no severe side effects. Children treated with avalglucosidase alfa also displayed lower or stable levels of the disease biomarkers creatine kinase and hexose (or glucose) tetrasaccharide. This trial is expected to end in December 2024.

To learn more about the approval of Nexviazyme read MDA’s press release. For more information about the Comet and mini-COMET trials, visit ClinicalTrials.gov and enter “NCT02782741” or “NCT03019406” into the search box, respectively.

Since its inception, MDA has invested more than $5 million in Pompe disease research and more than $1 billion across the spectrum of neuromuscular diseases.

MDA’s Resource Center provides support, guidance, and resources for patients and families, including information about the approval of Nexviazyme, open clinical trials, and other services. Contact the MDA Resource Center at 1-833-ASK-MDA1 or ResourceCenter@mdausa.org.