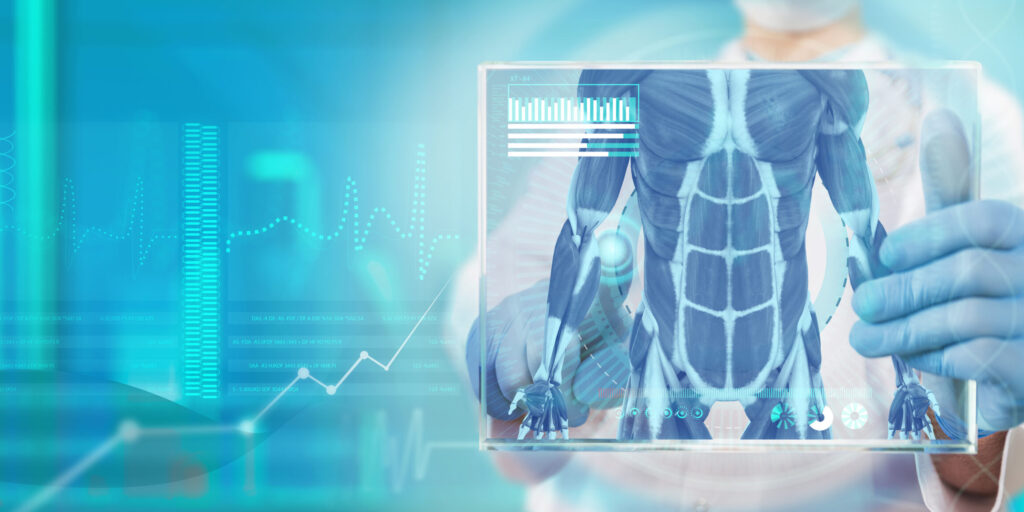 Limb-girdle muscular dystrophy (LGMD) is a diverse group of inherited disorders that cause progressive weakness in the hip and shoulder muscles. Weakening and thinning of these muscles in LGMD can lead to a variety of symptoms, including problems with mobility (e.g., rising out of chairs, walking independently, etc.) and difficulty raising/stretching the arms or lifting objects. In some LGMD subtypes the heart and/or breathing muscles can be affected, leading to serious complications.

LGMD is estimated to affect about 2 out of every 100,000 people worldwide. About 28-34 different subtypes of LGMD have been identified, so the incidence of each subtype is quite rare. Though the course of all LGMDs is progressive, the severity of symptoms and age of onset can vary greatly ​among subtypes.​

LGMD results from defects (mutations) in dozens of genes, and different LGMD subtypes are associated with different underlying gene mutations. In general, the genes associated with LGMD encode proteins that are vital for muscle function, regulation, or repair.

The various subtypes of LGMD have traditionally been classified alphanumerically, with a 1 or 2 to designate dominant (requiring one defective gene copy) or recessive (requiring two defective gene copies) inheritance, and a letter added in order of discovery​. An example is LGMD2A, in which 2 = recessive and A = first discovered. A new naming system has been proposed, however, leading to LGMD2A to also be referred to as LGMD R1-calpain3-related, with R = recessive, 1 = first discovered, and calpain3-related referring to the defective protein.

The treatment for patients with LGMD has typically been supportive care. Physical therapy, occupational therapy, speech therapy, and nutrition guidance can significantly improve the daily lives of people with LGMD. Furthermore, proactive care from specialists, such as a cardiologist, pulmonologist, and/or bone health specialist can help to prevent organ dysfunction and consequent complications of the disease.

As the underlying genetic causes of the different forms of LGMD become known, the goal of management of the LGMDs is transforming from supportive to disease-specific genetic correction strategies. Promising strategies under active investigation for LGMD include small molecule therapy, gene therapy, and cell regenerative therapy. Some drug candidates under investigation include:

C17cases of LGMD2D/R3 are caused by a gene mutation in the SGCA gene that results in an incorrectly folded a-sarcoglycan (SG) protein. This protein is important for protecting skeletal muscles from mechanical stress during muscle contraction, and improper folding can make a-SG less functional. The small molecule C17 was originally designed to improve protein folding in the cells of people with cystic fibrosis, but a recent study has shown that C17 can be used to correct the a-SG folding problem in an animal model of LGMD2D/R3. This provides a rationale to investigate C17 as a potential human therapeutic for LGMD2D/R3.

Ribitol – LGMD2I/R9 is associated with mutations in the fukutin-related protein (FKRP) gene that encodes the FKRP protein. FKRP helps to modify other proteins, and defects in FKRP result in improper modification of the a-dystroglycan protein, which is found in the same complex in the cell as a-SG and performs a similar role in muscle function. The small molecule ribitol was shown to restore the proper modification of a-dystroglycan in animal and human studies of FKRP-related conditions, leading to improvements in muscle function. Based on these and other studies, researchers from ML Bio Solutions, Inc. and Virginia Commonwealth University are evaluating the safety and efficacy of ribitol (BBP-418) as a treatment for people with LGMD2I/R9 in a phase 2 clinical trial.

LION-101 – In May 2021, Asklepios BioPharmaceutical, Inc. (AskBio), a subsidiary of Bayer AG, received clearance from the U.S. Food & Drug Administration (FDA) to test their gene therapy candidate, LION-101 in a phase 1/2 clinical trial. This therapy was designed to be a one-time intravenous infusion that corrects the underlying genetic defect in people with LGMD2I/R9 by using a virus (adeno-associated virus (AAV)) to introduce the FKRP gene into muscle cells. The trial was expected to begin in early 2022, but has not yet begun recruiting participants.

GNT0006 – In a phase 1/2 study that is currently recruiting participants, researchers from Atamyo Therapeutics are evaluating the safety, efficacy, and other properties of GNT0006, another gene therapy candidate to correct the underlying defect in LGMD2I/R9.

SRP-9003 – LGMDR4 is caused by a gene mutation in the SGCB gene that results in an incorrectly folded b-SG protein. Like a-SG (the cause of LGMD2D/R3), b-SG is important for protecting skeletal muscles from mechanical stress during muscle contraction, and loss of functional b-SG affects muscle integrity and function. In a phase 1/2 clinical trial, researchers from Sarepta Therapeutics, Inc. are evaluating the safety and efficacy of a gene therapy (SRP-9003) to correct the underlying defect in people with LGMDR4 using AAV to introduce the SGCB gene into cells. Sarepta has additional LGMD gene therapy programs in development, including for LGMD2E, LGMD2D, LGMD2C, LGMD2B and LGMD2L subtypes, and the company holds an option for a sixth program for LGMD2A.

VTA-100 – A cutting-edge investigational therapy that is not currently in clinical trials for LGMD, but holds promise for reversing the muscle thinning and loss that occurs in LGMD and other neurodegenerative conditions is the use of genetically-corrected, induced pluripotent stem cells (iPSC). In this therapy, stem cells are extracted from a person with a genetic muscle disease, the underlying genetic mutation is corrected, and the stem cells are returned to the body to help repair and replace the damaged muscle. The company Vita Therapeutics is currently examining the use of cell regenerative therapy (VTA-100) for treatment of LGMD2A/RI.

To learn more about clinical trial and patient registry opportunities in LGMD, visit clinicaltrials.gov and search for “limb-girdle muscular dystrophy” in the condition or disease field.

To help inform the research and development of new therapeutics for the LGMDs, a group of six non-profits recently hosted an externally-led patient-focused drug development (LGMD EL-PFDD) meeting on Sept. 23 covering six forms of LGMD (i.e., 2A/R1, 2C/R5, 2D/R3, 2E/R4, 2F/R6, and 2I/R9). PFDD meetings, such as this one, provide the FDA, healthcare providers, researchers, and developers of medical products with perspectives from patients, caregivers, and families on the impact of LGMD, treatment goals, and factors to consider when designing new therapies. This information can influence the decision of sponsors to develop particular therapeutics, as well as regulatory decisions from the FDA on investigational products and marketing applications for new therapies.

The foundations that organized the LGMD EL-PFDD meeting included Coalition to Cure Calpain 3, CureLGMD2I, Kurt+Peter Foundation, LGMD2D Foundation, McColl-Lockwood laboratory for Muscular Dystrophy Research, and The Speak Foundation. Information shared during the meeting will be made available to the public in the form of a Voice of the Patient Report and associated video recordings.

To support development of better therapeutics for people living with rare LGMD subtypes, a research consortium of more than 10 universities across the country, known as Genetic Resolution and Assessments Solving Phenotypes in LGMD (GRASP-LGMD), is working to advance the basic understanding of these subtypes. Major goals of GRASP-LGMD are to:

Since its inception, MDA has invested more than $62 million in LGMD research, with nearly $4.5 spent on LGMD-specific research grants in the last five years (2017-2022). MDA funding has helped to support foundational research underlying development of targeted therapies for LGMD, including the therapeutic candidate ribitol (BBP-418). Furthermore, MDA’s MOVR (neuroMuscular ObserVational Research) Data Hub is the first and only data hub that aggregates clinical and genetic data for multiple neuromuscular diseases, including LGMD. MOVR currently includes data from 115 people with LGMD. This data may be used to monitor disease progression of LGMD, identify patients eligible for clinical trials, and inform trial design. Clinical research using MOVR data may ultimately help to accelerate drug development and contribute to better health outcomes for people living with LGMD.

MDA’s Resource Center provides support, guidance, and resources for patients and families, including information about LGMD, open clinical trials, and other services. Contact the MDA Resource Center at 1-833-ASK-MDA1 or ResourceCenter@mdausa.org. 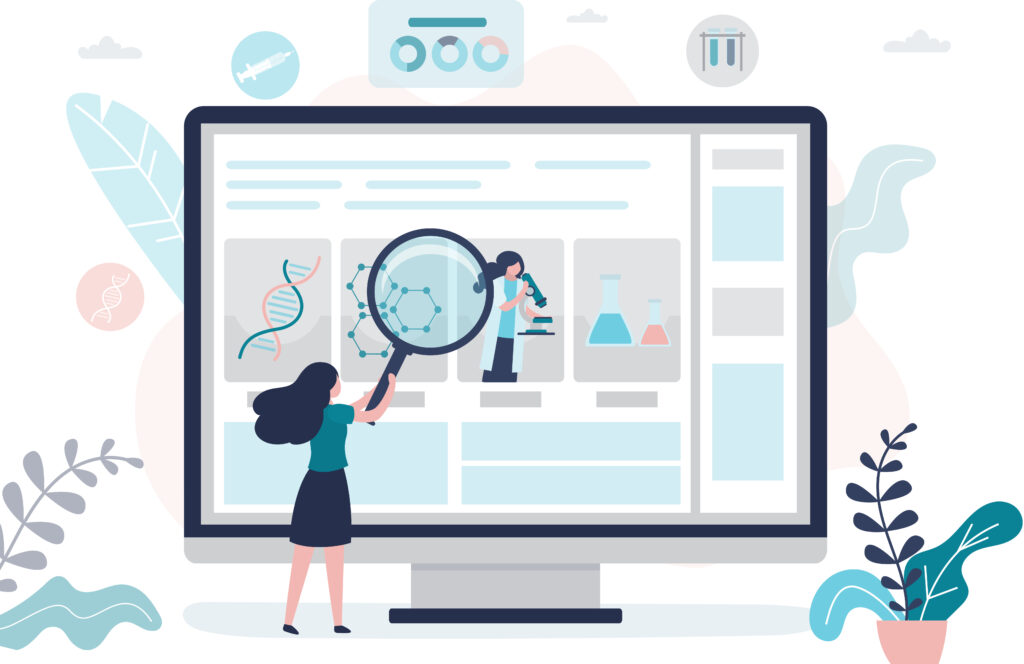