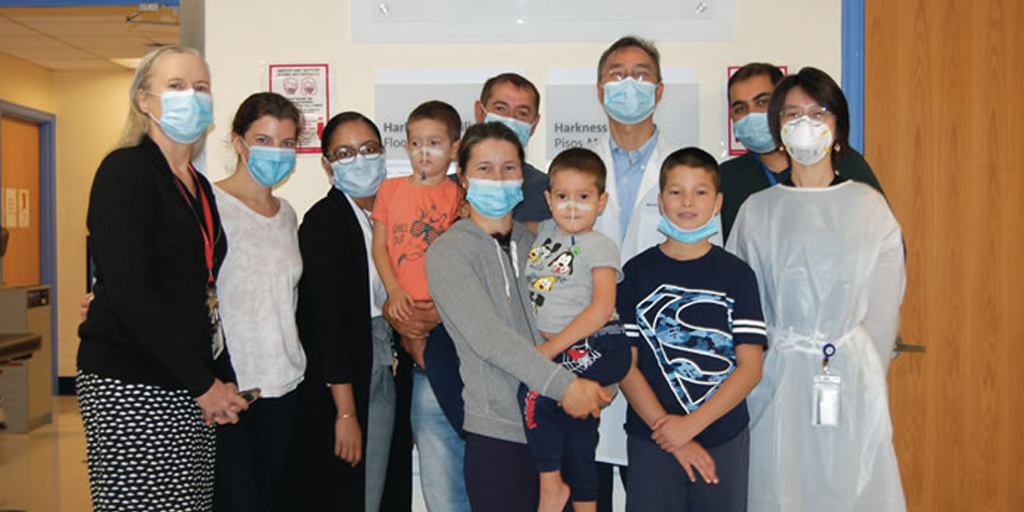 Mitochondrial DNA (mtDNA) depletion/deletion syndrome (MDDS) is a group of genetic diseases in which the mtDNA inside cells cannot replicate correctly. Mitochondria are the powerhouses of cells, generating more than 90% of the energy in our cells. With fewer functioning mtDNA, cells fail to generate enough energy to function properly.

There are 30 different genes that can cause these conditions, which may appear anywhere from infancy through adulthood. Symptoms vary depending on the form of the disease but typically involve muscle weakness. Developmental delays and difficulty eating and breathing may also occur as the diseases advance. Until recently, there were no disease-modifying treatments for these conditions. Now, however, a drug therapy offers hope for at least one type of MDDS.

We talked with Michio Hirano, MD, who directs the H. Houston Merritt Center for Neuromuscular Diseases at Columbia University in New York City, about his lab’s research into treatments for these diseases.

How do MDDS types differ?

The prognosis depends on which genes are involved. Even within a group of patients with a particular gene, there’s variability depending on the severity of the mutation and other factors we don’t fully understand. In general, the earlier the onset, the worse the prognosis.

In the past, the only treatment for these conditions was dietary supplements (special vitamin mixtures called mito cocktails), exercise, and physical therapy. More recently, however, we’ve begun to identify potential therapies. One is for a form of MDDS that results from mutations in the thymidine kinase 2 gene (TK2), which causes TK2 deficient (TK2d) myopathy. It can begin any time between infancy and adulthood but usually begins before age 12. The prevalence of TK2d myopathy is unknown, but it’s considered very rare.

We tested two naturally occurring molecules, deoxycytidine (dC) and deoxythymidine (dT), in a mouse model of TK2d and found that it delayed disease onset, prolonged lifespan, and restored mtDNA, as well as mitochondrial enzyme activities critical for generating cellular energy. Since then, we’ve given it to more than 40 children and adults in the United States and in other countries as part of a compassionate use study. [Scroll down to What Is Compassionate Use? to learn more.]

What we’re seeing in patients is even more remarkable than what we saw in mice. Most show benefits — not only stabilization but also improvements in their condition. So this seems to be a disease-modifying drug.

The treatment is currently in phase 2 trials, with most of the patients who received it under compassionate use now in that trial. A phase 3 study should begin in late 2021.

You started this research in mice. How does it feel to see it translated so quickly into the clinic?

It’s enormously satisfying and amazing to see the work we started in the laboratories being translated into patient therapy, not only for me, but for all the people who worked on this in the lab, including the PhD researchers who rarely get to see this happen. This is the work of a large team, including collaborators in many other countries, especially Spain.

It seems like it happened quickly, but in reality it’s taken more than a decade. We first generated the mouse model thanks to a donation from a family from Spain. We received support from MDA and the National Institutes of Health (NIH) for work with the mice, and from MDA for the compassionate use study.

Nevertheless, compared to many other therapies, progress has been rapid because we were able to give it through the compassionate use program. The first patient in Spain started in 2011, and our first patient in the United States in 2012. In both cases they were severely affected and there was no alternative therapy, so we felt justified in trying this based on very promising results from the mice.

Are you also working on gene therapy?

What is your message for patients?

Number one is to get diagnosed accurately and to engage with physicians and get supportive care. And to have hope that we will be able to develop additional therapies for many more forms of MDDS and other neuromuscular diseases. I think this is a time for great optimism, and we look forward to additional breakthroughs for these diseases.

What Is Compassionate Use?

Also called expanded access, this is a potential pathway for a patient with an immediately life-threatening condition or serious disease to gain access to an investigational drug or medical device for treatment outside of clinical trials when no comparable or satisfactory options are available.